How could Bank of America use its influence to create a nationwide movement for inclusion and respect?

Bank of America has partnered with Special Olympics for over 30 years as part of their ongoing commitment to fostering acceptance, inclusion, and respect for people with intellectual disabilities (ID).

Since 2016, we’ve been laying the groundwork for Bank of America’s #PickUpHope campaign to build momentum for the 2018 USA Games in Seattle.

For the 2018 games, we ramped up our efforts and continued to break down the biggest barriers those with ID face in our society: misperceptions and stereotypes. By telling the stories of amazing Special Olympics athletes, Bank of America introduced their consumers to individuals with intellectual disabilities and challenged them to #PickUpHope for a more inclusive world.

Partnering with Special Olympics Massachusetts, our team identified the unique stories of three brothers — Eric, Andrew, and Alex Zamansky — who earned the opportunity to represent their state on the national level at the Special Olympics USA Games. Their heartwarming story presented Bank of America with an opportunity to show how Special Olympics works to change the lives of those with ID, and when highlighted on BofA’s website, it led to fewer bounces than other pages with less personal stories.

Going beyond their sponsorship of Special Olympics, Bank of America has also committed to hiring individuals with physical and intellectual disabilities. When our team learned that Bank of America employee Tyler Kennedy was competing in the Special Olympics USA Games in swimming, we set out to show consumers how he is “Just Like You” in a spot for ESPN.

Knowing that social media users have short attention spans and tend to watch ads with the sound off, our team set out to tell the stories of these athletes in short, snackable ways with attention-grabbing supers driving the narrative. When compared to similar-length video content on Facebook and Twitter, the videos created for this program exceeded Bank of America’s existing engagement and audience retention benchmarks. 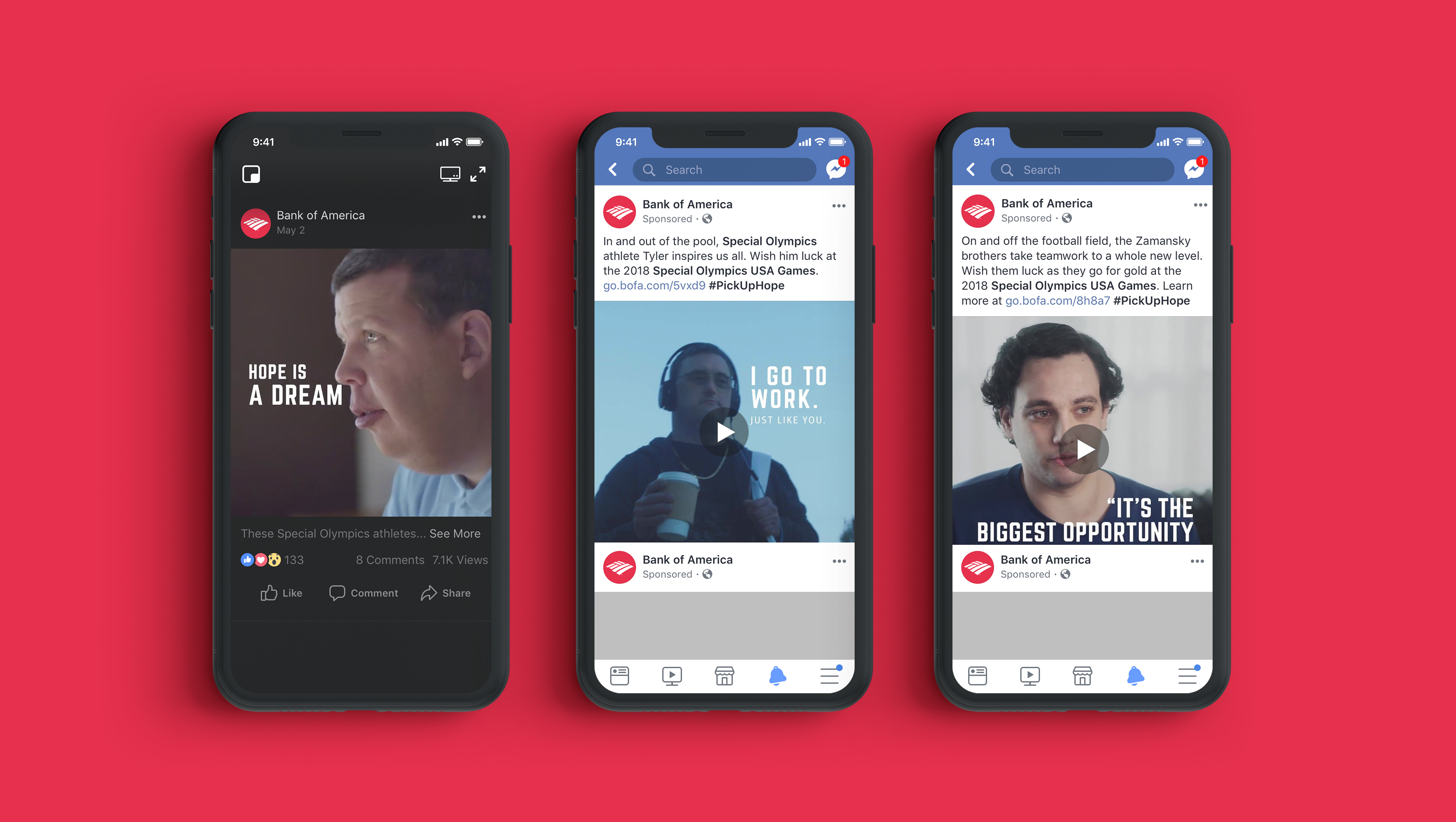 view all work from bank of america