How do you help teens to rise above the negative influences they’re facing every day?

Twitter can be a pretty rough place for teens. They are bombarded constantly with all sorts of negativity – peer pressure, bullying, and intolerance. So we gave kids a way to fight that negativity with a little positivity.

PostivATI is a simple shooting game; it pulls in real negative tweets directly from Twitter, which users shoot down. For every negative tweet that is shot, a positive tweet goes into the thread of the negative hashtag – disrupting the stream of negativity with a message of positivity. 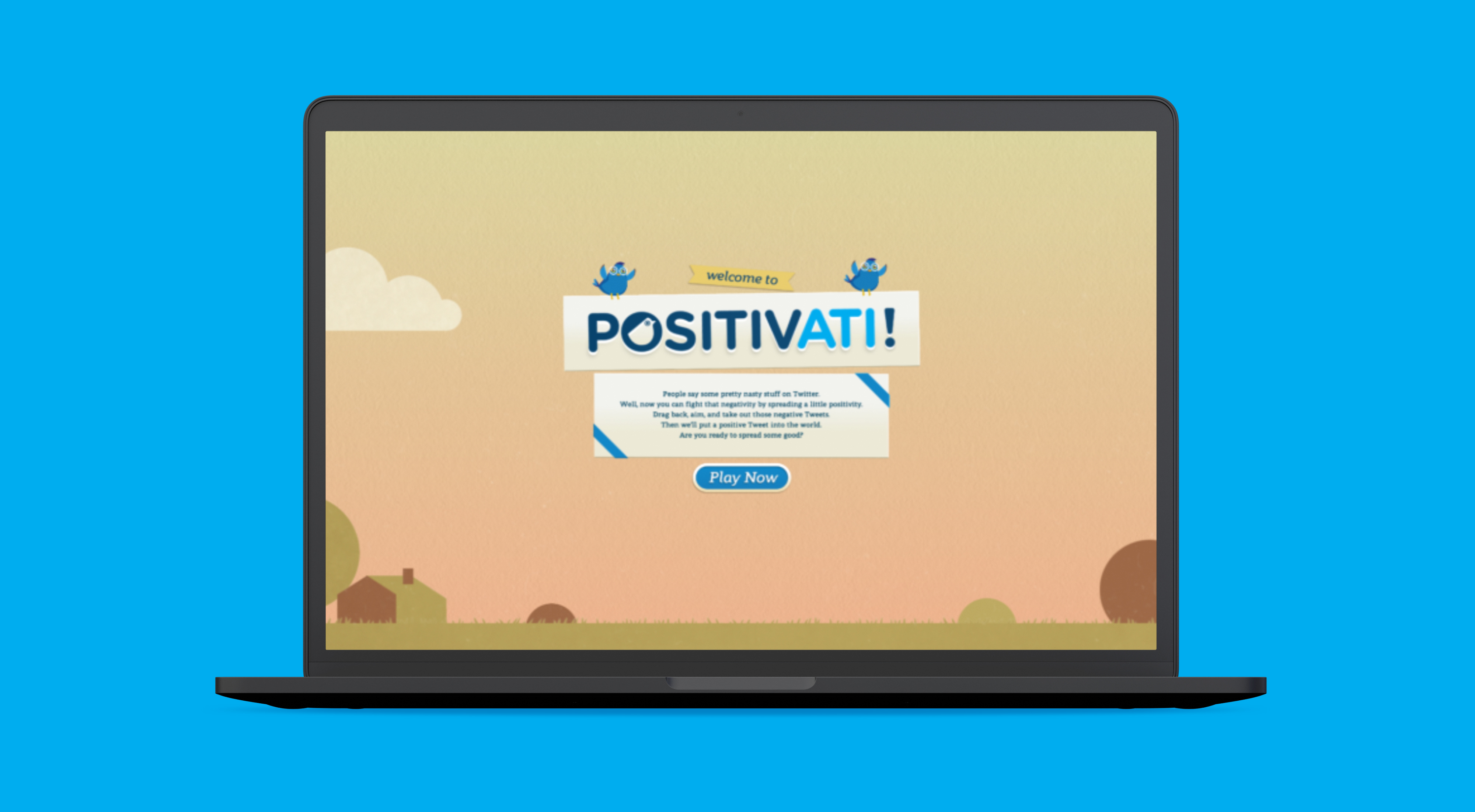 view all work from the partnership for drug-free kids