How could Capella University leverage the success of a notable alumna?

In the summer of 2015, the Arizona Cardinals hired the first female coach in NFL history, Dr. Jen Welter.

Her story provided Capella University with an amazing opportunity to spotlight the success of an alumna. By bringing Jen Welter and Sam Gordon together, we were able to highlight how Jen has impacted not only the NFL, but also girls around the country.

We launched the interview video campaign the week of Superbowl 50 and achieved massive reach with 1.5 million video views, as well as engagement through Facebook, Twitter, and pre-roll. Influential bloggers in the parenting, education, and entrepreneurship space generated 92 pieces of content and brought diversified perspectives. Overall, the timely campaign gained almost 13.5 million impressions via the powerful combination of efficient paid-media tactics with resonating content. 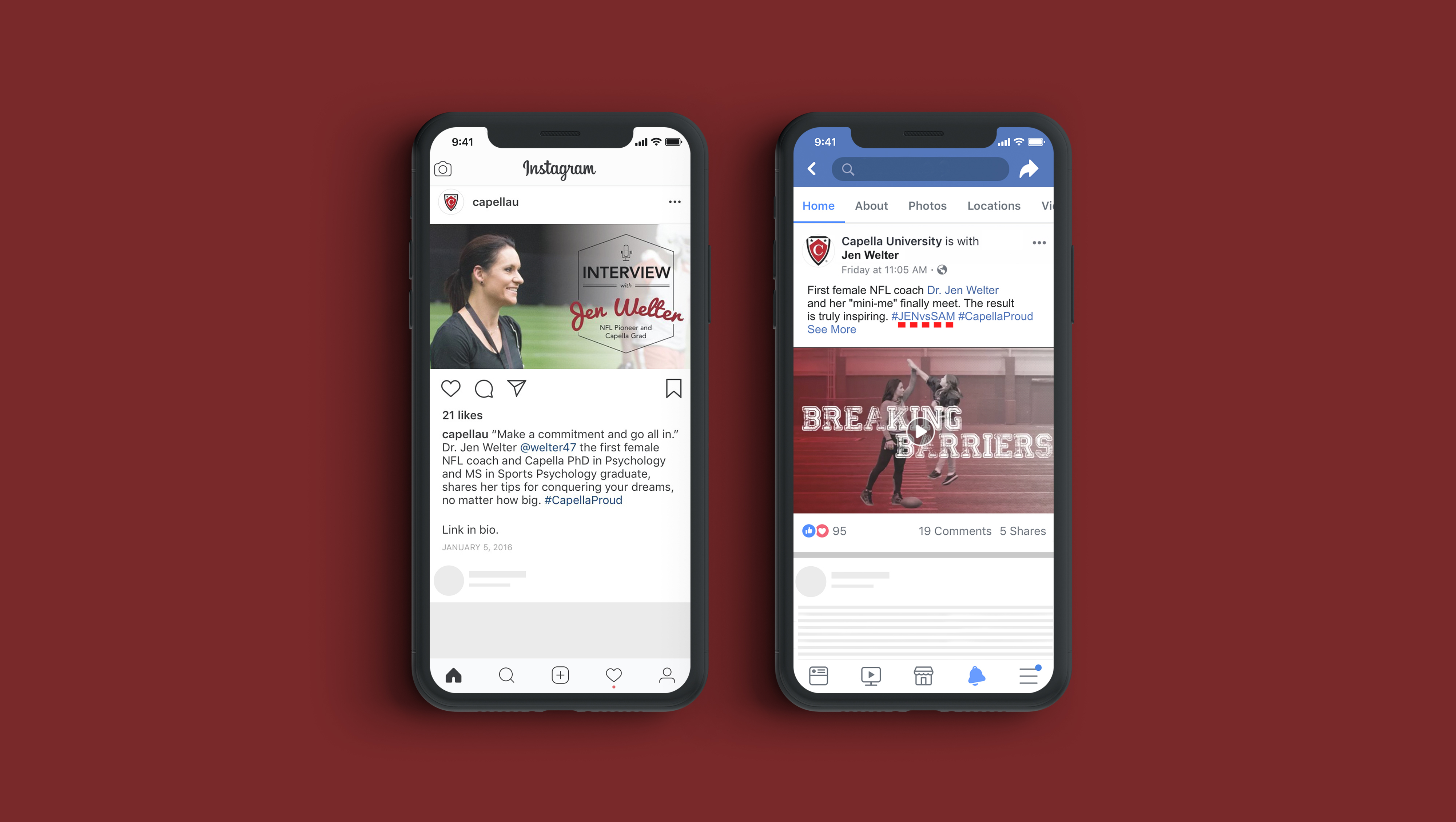 view all work from capella university