How can we integrate Dunkin' Donuts and Shark Week digitally?

Human fascination with sharks was on the rise. In 2014 alone, an average of 3.6 million people tuned into the opening night of “Shark Week” on the Discovery Channel.

To take advantage of this massive viewing audience, Dunkin’ Donuts dove into the deep end and became the first advertiser to create a branded second-screen experience on the primary screen via the Xbox One console.

Our shark-themed campaign started with a new Dunkin’ Donuts logo and a custom life-preserver donut sold in stores. Through #DDsharkweek, we invited our customers to participate in the “Take a Bite, Take a Pic” contest, where over 3,300 shark selfies were submitted. 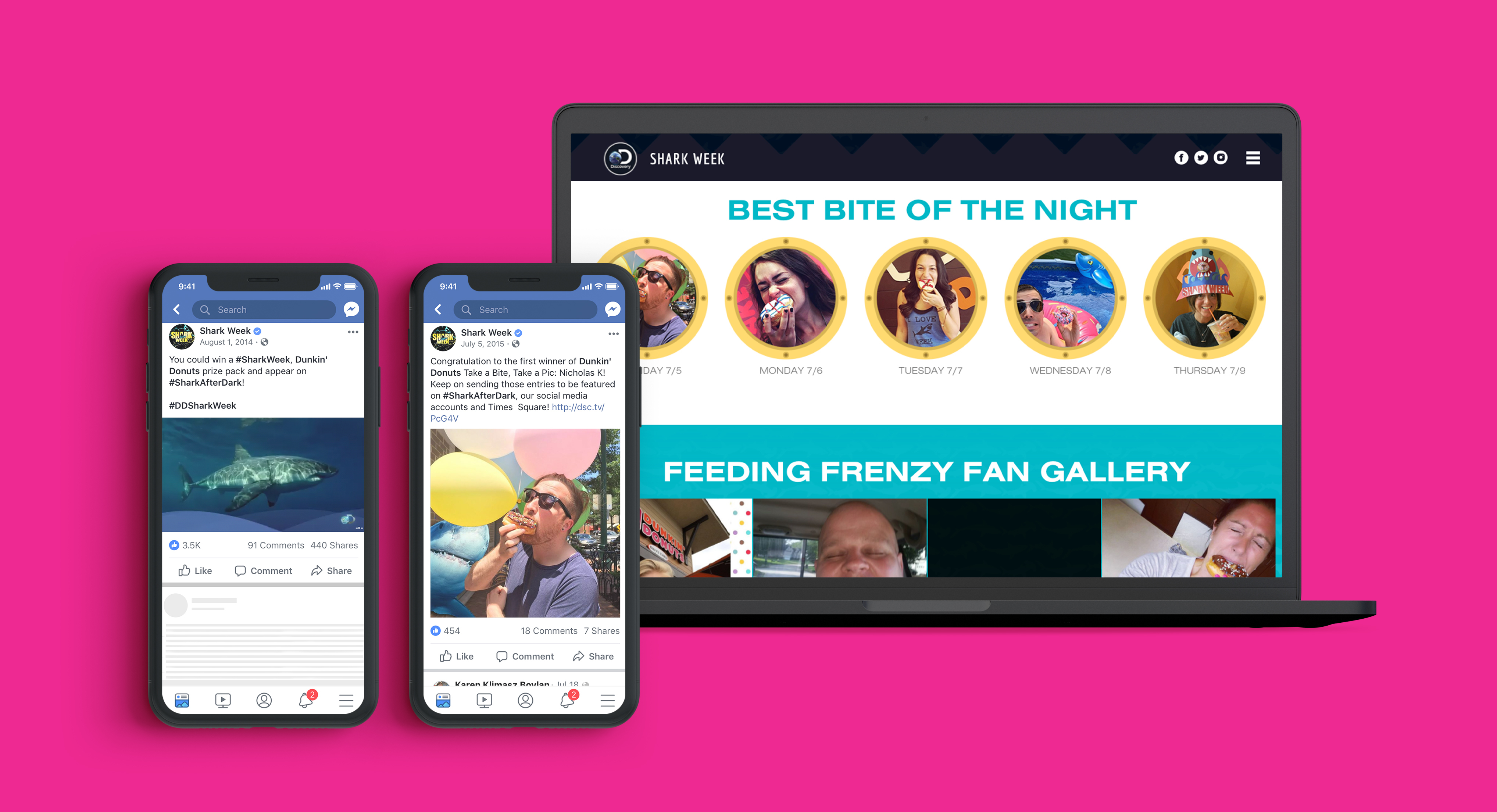 During the Discovery Channel’s programming, we also became the first advertiser to use an Xbox One feature called Snap, to create a branded second-screen experience on the primary screen. Through the Snap feature, fans could watch an interactive web app and enjoy additional content, interactive trivia, and live social conversation alongside live TV programming. 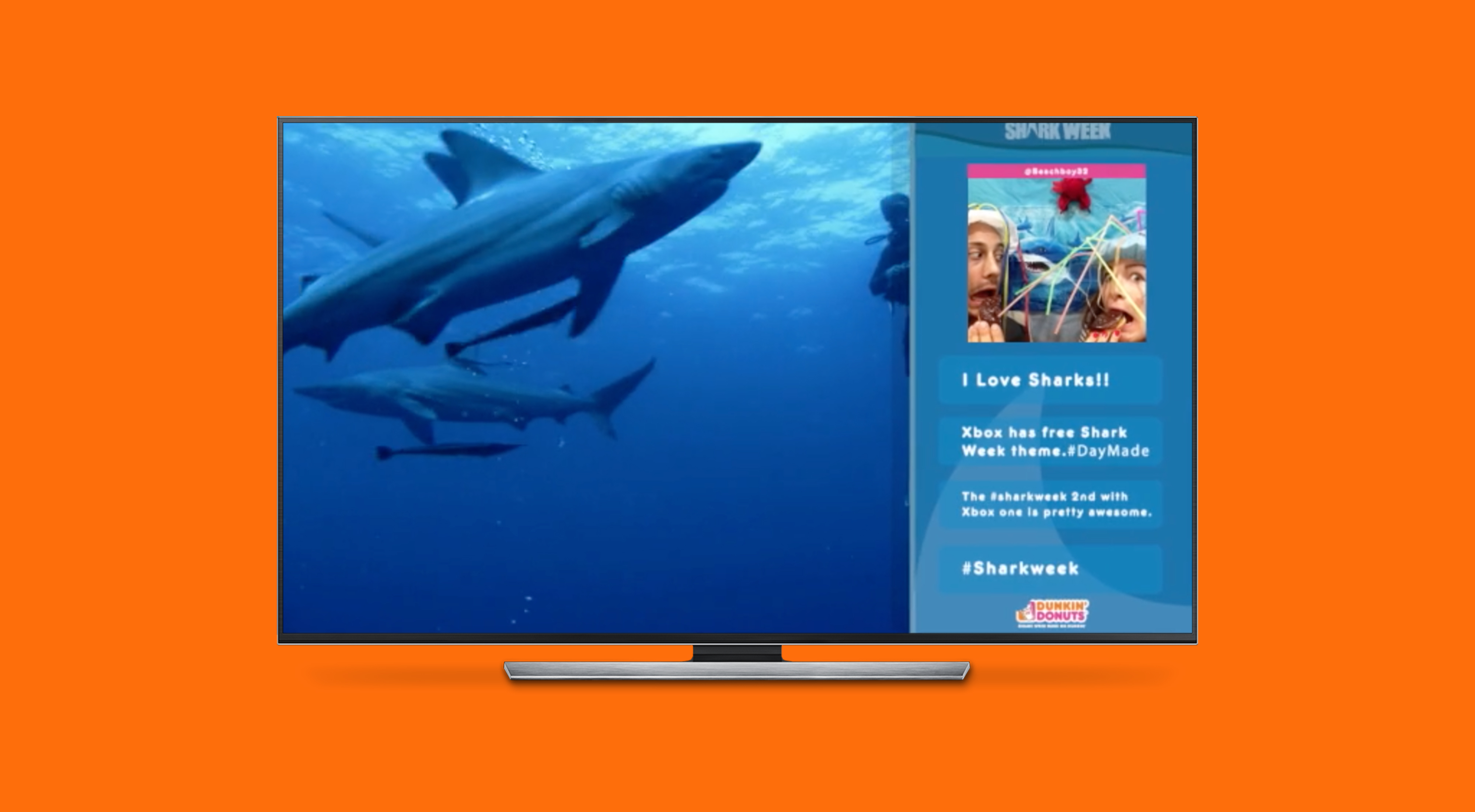 view all work from dunkin' donuts