How could we create awareness for ankylosing spondylitis (AS)?

In 2019, a major drug manufacturer wanted to launch an awareness campaign for ankylosing spondylitis (AS). AS is a long-term, chronic condition in which the spine and other areas of the body can become inflamed. Patients are often embarrassed, and carry the stigma with them of having an autoimmune disease. Because of this, patients live in pain and can sometimes go lengthy times without a proper diagnosis. We realized that this condition needed to be talked about more openly and honestly.

To put it bluntly, ankylosing spondylitis is just a monster pain in the “AS.” The campaign empathized with patients, and showed what it is really like living with AS — almost like having a monster on your back 24/7.

View all work from Novartis »

The client partnered with the Spondylitis Association of America, and created an informative microsite where patients could learn more about their condition. The content hub included a questionnaire to help individuals determine if they may have the disease, and directed them to resources to help find a rheumatologist in their area.

To spread awareness of the campaign we partnered with Dan Reynolds, the lead singer of Imagine Dragons. Reynolds had battled with AS for years, and was the perfect advocate to raise awareness of the condition. The campaign came full-circle and included a custom playlist on Spotify, TV spots, a microsite, digital banners, and social media posts. 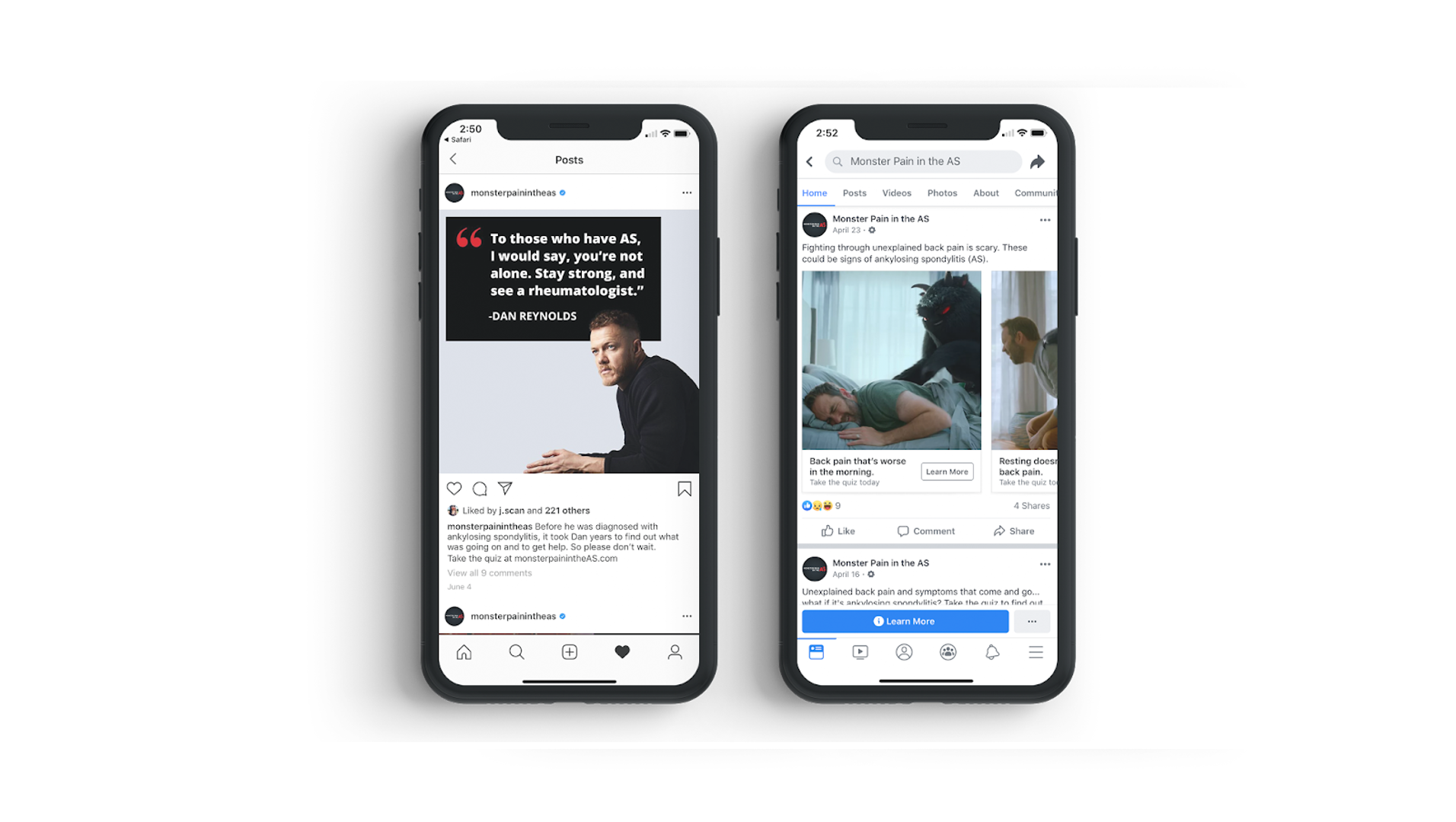