How could John Hancock get people to think about their futures without the usual scare tactics?

There are two big questions that people are faced with when thinking about retirement — how to save for it, and what to do next. So how could John Hancock get people to think about their futures without using the usual scare tactics?

We decided to partner with legendary baseball player David Ortiz, a recent retiree. The partnership allowed us to follow his journey as he entered into the next phase of his life.

To launch the campaign, we had David reach out on his social media channels to ask viewers what he should do post-retirement. After receiving thousands of submissions, David gave some of them a try. We created four custom videos featuring our Retirement Rookie dabbling in some new post-retirement activities.

The campaign was a huge success, with appearances on various TV programs including The Late Show with Stephen Colbert. The campaign grew so much in popularity, it sparked a partnership with Fusion TV with a weekly docu-series called Big Papi Needs a Job. 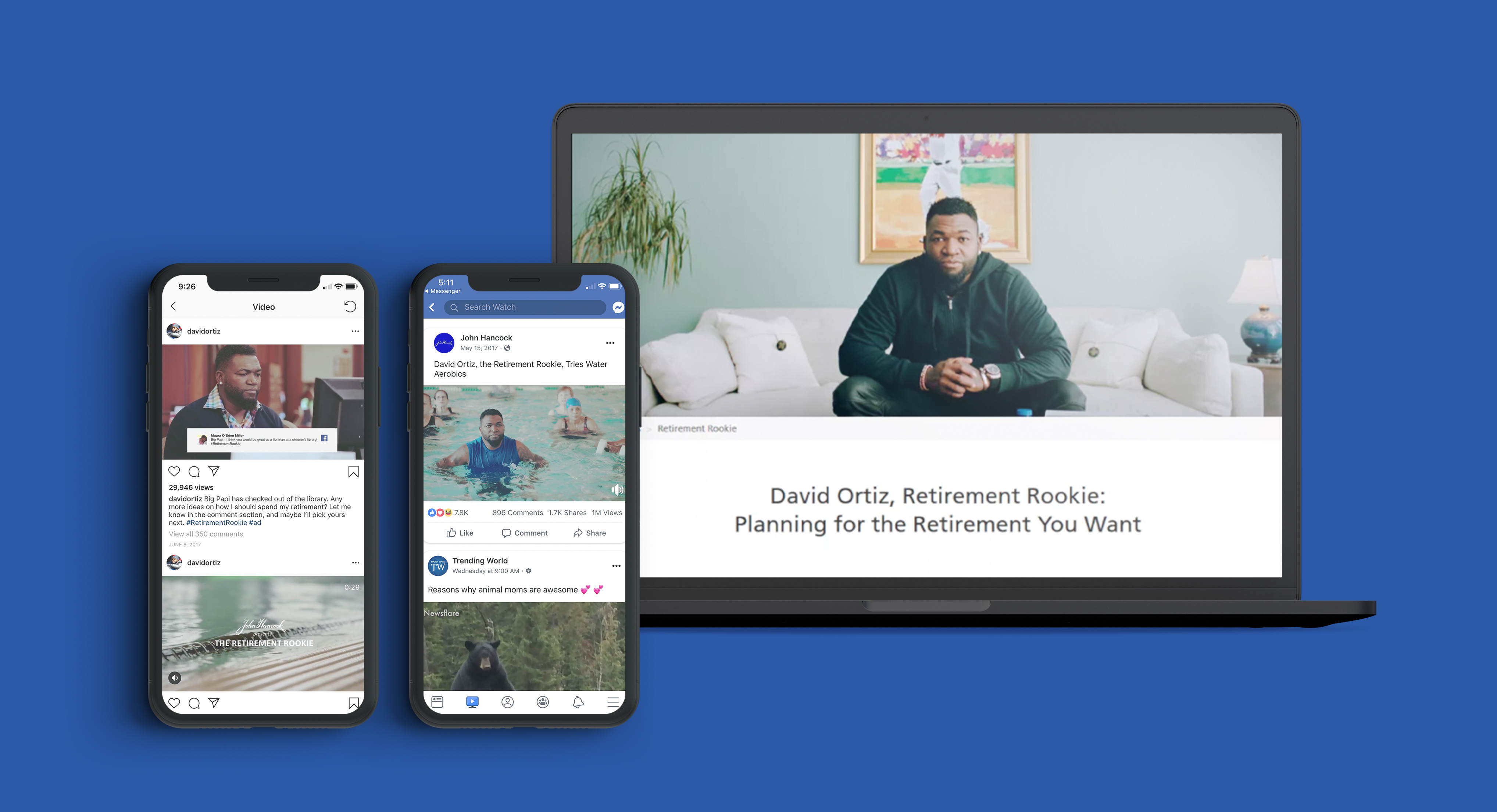 view all work from john hancock